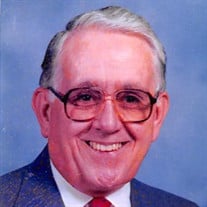 SOUTH BOSTON Mr. Carl E. Furches went to be with the Lord on Tuesday, January 19, 2021. He was preceded in death by his loving and devoted wife, Ronnia Haskins Furches of 46 years. Carl was born on May 9, 1936 in Johnson City, Tennessee. He was preceded in death by his parents, Carl W. and Ina Pearl Furches, both of Johnson City, Tennessee. He is survived by 3 brothers, Billy Jack Furches (Susan) of Greenville, SC, Dr. Robert L. Furches (Nancy) of Okatie, SC and James Richard Furches (Reverend Betty Furches) of Friendsville, Tennessee; 7 nephews, 5 great nephews, 5 great nieces; and by a super brother-in-law, Guy S. Haskins (Linda) of South Boston, VA. In addition, he was preceded in death by nephew, Scott Furches. Carl graduated from Edinburg High School and Pan American Jr College of Edinburg, Texas. He received a Bachelor’s Degree in history and political science at East Tennessee State College in Johnson City, Tennessee and a Master’s Degree in secondary & elementary administration at Lynchburg College, Virginia. He taught U.S. History and Government in Kissimmee, Florida and 5 years at Halifax County Senior High School. He was Assistant Principal in charge of discipline for 20 years, retiring in 1992. He was a member of Hidalgo Masonic Lodge 1036 in Edinburgh, Texas for over 60 years. He was a member of Ash Avenue Baptist Church in South Boston where he taught Sunday School for many years and was a deacon. He also served as a member of Halifax County School Board for 2 terms. His hobbies were bowling, reading, coin collecting and was an avid bridge player. He departs this world for Heaven with fond memories of the ones that took care of him for many years at Boston Commons, Commonwealth Assisted Living and devoted caregiver, Joyce Ann Hodnett. Graveside Services will be at 11:00 AM on Saturday, January 23, 2021 at Virgilina Cemetery where he will be laid to rest by his wife. Reverend Jack Stewart and Reverend Tim Mull will be officiating. Public viewing will be Friday, January 22, from 9 AM – 8 PM at Brooks Lyon Funeral Home. In lieu of flowers, please consider Ash Avenue Baptist Church, 900 Ash Avenue, South Boston, VA 24592. A Memorial Service will be held at a later date.

SOUTH BOSTON Mr. Carl E. Furches went to be with the Lord on Tuesday, January 19, 2021. He was preceded in death by his loving and devoted wife, Ronnia Haskins Furches of 46 years. Carl was born on May 9, 1936 in Johnson City, Tennessee. He... View Obituary & Service Information

The family of Carl Elbert Furches created this Life Tributes page to make it easy to share your memories.

SOUTH BOSTON
Mr. Carl E. Furches went to be with the Lord on...

Send flowers to the Furches family.