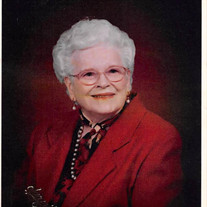 HALIFAX Catherine White Womack of Halifax arrived at the pearly gates on Thursday, March 11, 2021 at age of 103. She was born in Scottsburg, VA on October 29, 1917 to the late Hampton White and the late Hattie Guill White and was married to the late Charlie Walker Womack. Catherine was a resident at Chastain Home in Halifax from 2005 – 2016 before going to live at Woodview. Mrs. Womack was retired from the Halifax County Board of Education and worked for the Halifax County School Board for 17 years. Catherine was a devoted member of Bethel Baptist Church. She was very involved in doing the flower arrangements for the church. Her family and their salvation was very important to her, making sure all were saved. She taught Sunday School at Bethel and a class was named after her. She was involved in making The Samantha Dolls and was a very good seamstress, making many clothes. She was very creative and a seamstress for many people in the county. She also enjoyed paintings, making blankets and Christmas ornaments. Those left cherishing her memories are her sons, Charlie “CJ” Womack (Betty) of Halifax and Ernest Womack (Cathy) of South Boston; Garnett’s children, Kimberly Saphonchak, Annette Womack; CJ’s children, Mary Womack Gordon, Lisa Womack Chandler, Charles Womack , Melanie Womack; Ernest’s children, Ernest Lee Womack, Catherine Womack Ellis and Andrea Vernon as well as a host of great and great great grandchildren. In addition to her husband and parents, she was predeceased by two sons, Garnett Womack and Lemuel “Tiny” Womack. She is also preceded in death by a daughter-in-law, Linda Arendall Womack, wife of Garnett. Graveside services for Mrs. Womack will be held at 2:00 PM on Sunday, March 14 at Bethel Baptist Church Cemetery. There will be an open visitation on Saturday, March 13 from 12 Noon – 7 PM at Brooks Lyon Funeral Home. Online condolences may be expressed to the family at www.brookslyon.com. The family is being served by Brooks Lyon Funeral and Cremation Services, 115 Main Street, South Boston, VA.

HALIFAX Catherine White Womack of Halifax arrived at the pearly gates on Thursday, March 11, 2021 at age of 103. She was born in Scottsburg, VA on October 29, 1917 to the late Hampton White and the late Hattie Guill White and was married to... View Obituary & Service Information

The family of Catherine White Womack created this Life Tributes page to make it easy to share your memories.

HALIFAX
Catherine White Womack of Halifax arrived at the pearly...

Send flowers to the Womack family.