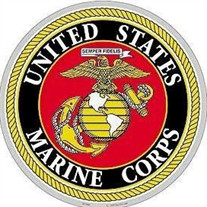 Dirik “Cheesecake” Allen Snead Sr., 33, died August 11, 2018, during his last ride on his beloved Harley Davidson. He was born on November 11, 1984, the son of Dean Snead and Penny Reagan Treloar. He graduated from Halifax County High School in 2002 where he was a member of JROTC. He served five years as a Corporal in the Marines, including two tours in Iraq, and received commendations for his dedication and bravery. The discipline and patriotism he learned in the Marines never left him, as his friends and family will attest. He was a graduate of Motorcycle Mechanics Institute in Orlando, FL and attended the ITT Technical Institute in High Point, NC. He is survived by his parents, Dean and Donna Snead and Penny and Jason Treloar Sr.; stepparents, Samuel McCraw and Mimi Duncan-Schmidt; his wife, Tracy Rasor; his daughters, Olivia Snead and Kayla Brush; and his sons, Allen and Shawn Snead, and their mother, Mary Reaves; his sisters, Brittany Coursey and Samantha Johnson; and his brothers, Samuel Snead, Jonathan Snead, and Jason “Jay” Treloar Jr. He also leaves his maternal grandparents, Sally and Richard Moore, of Oxford NC. He is preceded in death by his grandparents, Shirley W. Snead, Carl D. Snead Sr., James A. Reagan Sr. and brother, Danny R. Oakley. He will be sadly missed by his close friends of the USMC, Leathernecks Motorcycle Club Intl. (LMCI), as well as aunts, uncles, cousins, nieces, and nephews. A memorial service will be held at Brooks Lyon Funeral Home on Saturday, August 18, at 2:00PM. A celebration of Dirik’s life will take place on Saturday, August 18 at 700 Wolf Pit Rd. Oxford, NC at 6:00PM. Those who desire to make donation in lieu of flowers, may do so in memory of Dirik to Autism Speaks, 1060 State Road, Second Floor, Princeton, NJ 08540 or the LMCI.

The family of Dirik Allen Snead Sr. created this Life Tributes page to make it easy to share your memories.

Send flowers to the Snead family.