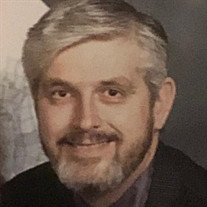 Edward Thomas “Tommy” Reagan of Halifax, VA, passed away on Wednesday, March 9, 2022, at the age of 61. He was born in Halifax County on June 26, 1960, to the late Onard Albright Reagan and the late Norma Mullins Reagan and was married to Virginia Lou Williams Reagan, who survives. Tommy was a loving husband and father, as well as a proud grandfather. He enjoyed researching his family tree, working on cuckoo clocks and listening to the scanner. Tommy volunteered with over 30 organizations within the communities of Halifax and South Boston. He considered it his duty to give back to those that had stepped up for him during his time of need. In addition to his wife, Tommy is survived by children, Cameron Reagan (Christina Rosie), Robert Minor (Wendy), Chris Minor (Amanda), Jenny Simmons (Jamie), Jessica Chapman (Bryan); grandchildren, Mackenzie, David, Austin, Zach, Kaylie, Alyssa, Luke, Lexi, Ashton, Colton, Drake, Lani, Elijiah, Maxx, Bella, Aubrey, Emmalee, and Oakley and numerous other friends and family members. He also leaves behind his furry companions that kept him company every day, Mae and Sami. Funeral services will be held at 2:00 P.M. on Sunday, March 13, 2022, at Brooks Lyon Funeral Home with burial to follow in Shady Grove UMC Cemetery. The Reverend Jack Stewart will officiate the service. The family will received friends at the funeral home one hour prior to the service. Online condolences may be expressed to the family at www.brookslyon.com. The family is being served by Brooks Lyon Funeral and Cremation Services, 115 Main Street, South Boston, VA.

The family of Edward Thomas Reagan created this Life Tributes page to make it easy to share your memories.

Send flowers to the Reagan family.