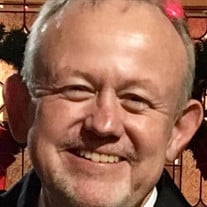 SOUTH BOSTON,VA Mr. Garry Bruce Slagle of South Boston, Virginia, passed away Thursday, May 23, 2019, in the comfort of his home while being surrounded by his family. Garry was born July 28, 1957, in South Boston, Virginia and was 61 years of age. He was the son of the late Jack Leo and Hallie Anthony Slagle of South Boston, VA. Garry is survived by his wife, Jennifer Diane Powell Slagle, of South Boston, VA, his son, Bruce, of Lynchburg, VA, his daughter, Lindsey, of South Boston, VA, his mother-in-law, Diane Powell, of South Boston, VA, his sister-in-law, Audrey Warren (Troy), of South Boston, VA, his four brothers Virgil (Joyce) of Columbia, SC, John (Gail) of South Boston, VA, Barry (Connie) of Halifax, VA, and Scott (Lisa) of South Boston, VA, his nieces Allison Stevens, Jenna Warren, and Dora Slagle, and his nephews Alex, John, Joey, Bryan, Josh Slagle, and Vince Warren. He was predeceased in death by his parents, Jack Leo Slagle (Hallie) of South Boston, VA, and his father-in-law, Calvin Stover (Runt) Powell. Garry began serving as a Junior-Fireman with South Boston Fire Department and from 1979 to 1981 volunteered at Chillum-Adelphi, Station 44, in Prince George’s County in Maryland. He was a former Associate member of Halifax Rescue Squad and a Virginia State Adjunct instructor. Garry was also a lifetime member of Halifax Fire Department, serving from 1980 to his final days. Garry provided 30 years of service to many fire and rescue departments through his work at Slagle's Fire Equipment and his most recent business, GBS Fire Suppression Services. When diagnosed with cancer, Garry became Virginia's representative for the Firefighter Cancer Support Network and began the Keeping it Clean campaign to encourage and teach firefighters how to properly rid their turnout-gear of cancer-causing agents. Even though he knew his condition was terminal, he continued to lead and serve his community. Garry was an active member of Dan River Baptist Church and served on the Youth, Audio and Visual, Transportation, and Recreation committees. Services celebrating the life of Garry B. Slagle will be held at Dan River Baptist Church on Tuesday, May 28, 2019. A viewing for friends will take place from 9:30 to 10:45 AM and the funeral service at 11:00 AM with Rev. Doug Gibson officiating; burial will follow at the church's cemetery. Following the burial, all friends and family are invited to a Celebration of Life and Visitation in the church’s fellowship hall and at his home, 1024 Wolf Trap Road, South Boston, VA. Those wishing to give memorials should consider the Halifax Fire Department Cancer Prevention Initiative Fund, PO Box 513, Halifax, VA 24558 or Halifax County Cancer Association, PO Box 1891, Halifax, VA 24558. Online condolences may be expressed to the family at brookslyon.com. The family is being served by Brooks-Lyon Funeral Home, 115 Main Street, South Boston.

The family of Garry Bruce Slagle created this Life Tributes page to make it easy to share your memories.

Send flowers to the Slagle family.