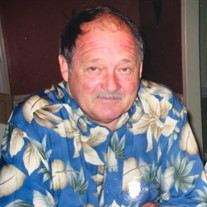 SOUTH BOSTON Mr. Joel Braxton “JB” Cassada, Jr. passed away on Friday, September 10, 2021 at the age of 71. Born in Pittsylvania County on September 30, 1949, he was the son of Josephine Jones Cassada and the late Joel B. Cassada, Sr. JB was a devoted volunteer with the Helping Hands of Halifax for 25 years, serving as president for 20 years and occasionally as Santa Claus. He was a collector and jack-of-all trades and a great helper to everyone. He loved to cook and always had a pet companion. In addition to his mother, he is survived by daughter, Elizabeth Davidson (Mark); step daughter, Christal Woicikowfski (Walt); sister, Patricia C. Jackson; brothers, Tommy Cassada (Robin) and Danny Cassada (Tammy); granddaughter, Emily Winberg; step grandsons, Andrew Davidson, Cole Davidson, Brad Woicikowfski and Christian Woicikowfski; 4 step great grandchildren; numerous cousins, nieces and nephews; and wonderful neighbors, Billy and Ann Wilkerson. In addition to his father, he was preceded in death by his wife, Peggy Nelson King and a step daughter, Dee Dee King. A Memorial Service will be held at 11:00 AM on Saturday, September 18, 2021 at Red House Presbyterian Church, Semora, NC. The family will receive friends immediately following the service. Interment will be in the Red House Presbyterian Church Cemetery, Semora, NC. The family requests those wishing to give a memorial please consider Red House Presbyterian Church, 13409 NC Highway 119 North, Semora, NC 27343. Online condolences may be expressed to the family at www.brookslyon.com. The family is being served by Brooks Lyon Funeral and Cremation Services, 115 Main Street, South Boston, VA.

The family of Joel Braxton "JB" Cassada Jr. created this Life Tributes page to make it easy to share your memories.

Send flowers to the Cassada family.