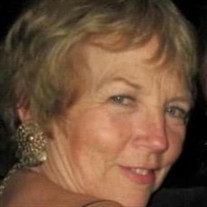 SOUTH BOSTON Linda Donnell Guill Corelle of South Boston passed away peacefully in her home on Tuesday, December 21, 2021 after a long, courageous battle with pancreatic cancer. She was born in Halifax County, Virginia on August 4, 1950, the daughter of Gracie Barker Guill of South Boston and Willie Lee Guill of Scottsburg. She was inspired by Joe Willie Namath's quote, "I can't wait until tomorrow because I get better each day" when she wrote, "I can say that I have reached the point where every day is a wonderful gift." Her loved ones and family members will continue to honor her legacy by seeking the same fulfillment in their lives that she achieved in her own. Donnell was a graduate of the University of Utah where she received a degree in filmmaking. She led a very accomplished and gratifying career including creative director of the history of Sundance and later chief of staff to president and chief executive officer at Robert Redford's Sundance Film Institute in Utah. During her illustrious career, Donnell wrote and directed a short film, Interview with Anne Frank, that premiered at the 1990 Sundance Film Festival. She also directed an experimental documentary, Uncaged, that followed the creative process of Southern Virginian artists, choreographer Stephen Brown, composer Ricklen Nobis, and sculptor Robert (Bob) Cage. This film premiered at the Salt Lake Arts Center in 1995. Donnell later worked as a director of the Miami, Atlanta, Sonoma, and Napa Valley Film Festivals. Upon her return to Halifax County, she brought various artists to the area through her own production company, Mz D Productions. She is survived by her sister, Lanier Guill Owen of Halifax; brother, Larry L. Guill (Thelma) of South Boston; brother, Garland M. Guill (Iva) of Scottsburg; niece, Jonci O. Berneche (Ben) of Scottsburg; nephews, Matt Guill (Jan) of Scottsburg, Travis Guill (Tay) of Harrisonburg and Steve Guill (Kelly) of Mooresville, NC; great nieces and nephews, Gracie Berneche, John Berneche, Kenley Guill, Kailey G. Elder (David) and her children, Dylan, Erin, and Luke; and former husband and dear friend, Bob Corelle of South Boston. She was preceded in death by her mother, Gracie B. Guill; father, Willie Lee Guill; brother-in-law, John T. Owen, Jr and great niece Hailey Guill. Due to COVID 19, the family will not be receiving family or friends at this time. A Celebration of Life will be held for Linda Donnell Guill Corelle at a later date. In lieu of flowers, please consider donations to the Halifax Cancer Association, PO Box 1891, Halifax, VA 24558. Online condolences may be expressed to the family at www.brookslyon.com. The family is being served by Brooks Lyon Funeral and Cremation Services, 115 Main Street, South Boston, VA.

SOUTH BOSTON Linda Donnell Guill Corelle of South Boston passed away peacefully in her home on Tuesday, December 21, 2021 after a long, courageous battle with pancreatic cancer. She was born in Halifax County, Virginia on August 4, 1950, the... View Obituary & Service Information

The family of Linda Donnell Guill Corelle created this Life Tributes page to make it easy to share your memories.

Send flowers to the Corelle family.