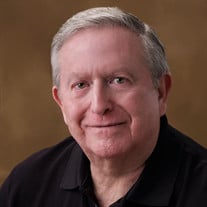 John Henry Moore, Jr, 68, passed away Saturday, July 22, 2017, at his home in South Boston, Virginia. He was born February 3, 1949, in Burgaw, Pender County, North Carolina to the late John Henry Moore and Erma McLemore Moore Weaver (Arlin). John served in the U.S. Air Force for ten years during which time he was stationed in various locations around the world with his last duty station being the U.S. Air Force Academy in Colorado Springs, Colorado. He graduated from Whiteville, NC High School in 1968 and obtained his BS Degree from East Carolina University and his Masters in Religious Education from the Nazarene Theological Seminary in Kanas City, Missouri. After serving in the Air Force, his professional career included working within the Nazarene Church in Kansas City, MO and Nashville, TN. He also worked with the Columbus County government as the Emergency Management Coordinator. He was responsible for establishing the 911 system and with staff support, the route numbering system. He was employed with the N.C. Department of Transportation out of the Fayetteville office at the time of his retirement in 2013. After his retirement, he and his wife, Diane, of 46 years, moved from Whiteville to South Boston, Virginia to be closer to their daughter and her family. John is survived by his wife, Diane Fisher Moore, daughter Molly, and son-in-law Chris Kemp of South Boston, Virginia as well as the love and joy of his life, his three granddaughters; Zara, Alana and Kayla Kemp. He is also survived by his sister Peggy M. Strickland, husband Donnie and their children Chris Strickland (Michelle) and Kelly Strickland Sullivan, all of Whiteville, NC. The family would like to thank the wonderful care he received through Duke Cancer Center, Sentara Halifax Regional Hospital and Sentara Halifax Hospice and Palliative Care. In addition, the family would like to thank family and friends who have expressed their love, support and prayers. It was John’s wishes not to have a memorial service. Brooks Lyon Funeral Home of South Boston, VA handled the arrangements. In lieu of flowers, please consider a donation to Sentara Halifax Hospice and Palliative Care at 2204 Wilborn Ave. South Boston, VA 24592.

The family of John Henry Moore Jr. created this Life Tributes page to make it easy to share your memories.

Send flowers to the Moore family.