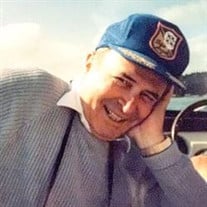 SOUTH BOSTON James Willard Greer of South Boston, Virginia, aged 92, passed away on September 3rd, 2017. He is preceded in death by his wife Katherine Hundley Greer, his parents Edith Waterman Marilla and Thomas Whittaker Greer I, his brother Thomas Whittaker Greer II, his nephew Thomas Whittaker Greer III, and his granddaughter Ruth Walker Patnoad. He is survived by his four children: Katherine, James Willard II, John, and Elizabeth and her husband David, his nine grandchildren, his four great-grandchildren, his younger brother Yale and his wife Alex, and his nieces, nephews, great-nieces and nephews, and great-great nieces and nephews. He is also survived by long-time professional colleague, Corliss Nichols. The family is grateful to his beloved caregivers Joyce Thaxton, Jean Williams, Caroline Clark, Vickie Crews, Stephonia Bouey, Terri Williams and Priscilla Smith. Mr. Greer, known professionally as J. Willard Greer, and personally as Bill, Daddy, Uncle Bill, Granddaddy, and PawPaw, lived his whole life in Virginia and was devoted to the people of his region. A survivor of the Great Depression, Mr. Greer graduated from C.H. Friend High School in South Boston in 1942. He entered V.P.I. in Blacksburg that same year, and in 1943 left his studies to serve as a sergeant in the U.S. Army with the Field Artillery 13th Corps in Europe during World War II. He was discharged in 1946, and resumed his course of study in pre-law at that time. On October 7, 1947 Bill and his wife of 60 years, Katherine Hundley Greer, nee Katherine Anne Hundley, of Lynchburg, were married. Bill graduated with an LLB from Washington and Lee University in Lexington in 1949 and was a member of a legal fraternity there, Phi Alpha Delta. He spoke fondly of his time at Washington and Lee throughout his life. Bill was admitted to the bar in Halifax County in June of 1949, and opened a private practice on the second floor of the Harris building that same summer. Devoted to equality and justice, he served the people of Virginia as the Commonwealth Attorney for Halifax County from 1963-1969. Throughout his career he served in many roles including: President of the Local Bar Association, Member of the Halifax County Chamber of Commerce, member of the American Legion Post, Member of the Halifax County Chapter of the American Red Cross, and instrumental in the formation of the Parsons Bruce Art Association and active in the formation of and activities of the local Sports Hall of Fame. In his later years, Greer focused his private practice on social security law, fighting for the rights of the elderly and disabled. Bill loved his work, talking about politics, music, and reading. He would often read a book he loved and then purchase a copy for all his loved ones. He loved the 1933 version of King Kong, and he loved the big band music of his youth. He and his wife Kathy spent time each year vacationing on the North Carolina coast. He loved to travel and learn about other cultures and ideas. He was inordinately generous and if he heard you needed help, he’d step in. The consummate host, he knew the right way to do things, something that is lost with his generation, and we are rudderless without him. He supported and fought for his community all his life and we are deeply sorry to see him go. The family would like to thank Halifax Sentara Regional Hospice for their support and care. Services will be held on September 17, 2017 at 3:00pm at Brooks Lyon Funeral Home, 115 Main Street, South Boston, Virginia. Family will be receiving friends after the ceremony at a reception with light refreshments

The family of Mr J. Willard Greer created this Life Tributes page to make it easy to share your memories.

Send flowers to the Greer family.