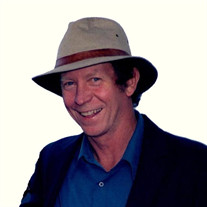 Keith Fisher of Scottsburg, Virginia, went to be with his Lord and Savior on Saturday, October 16, 2021, after winning a battle with throat cancer and finally succumbing to a very rare condition known as Progressive Supranuclear Palsy (PSP). He passed away at his home on Green Level Road surrounded by his wife and children. Keith was born in South Boston, VA on December 3, 1952. He was a graduate of Halifax County High School and spent most of his life under the hood of a car or truck. He loved spending time outdoors, especially fishing and camping at Buggs Island Lake, and there was very little that he could not build, repair, or make work again. He was preceded in death by his grandparents who raised him, Harry and Nadie Glass, and his mother, Shirley Viar. Surviving to cherish his memory is his devoted wife, Patricia “Pat” Throckmorton Fisher; daughter, Jennifer Stevens and husband Johnny of Virginia Beach; son, Brian Fisher and wife Terri of Nathalie; son, Chris Fisher of Scottsburg; and 13 grandchildren ranging in age from 24 to 6, Jared, Jacob, Noah, Brandon, Caleb, Kolby, Kaylee, Sydney, Isaac, Eli, Levi, Reece, and Marley. Keith is also survived by his sister, Anne Fisher, of South Boston; several half-sisters and brothers, Carl Fisher of Alton, Joyce Roberts, Nancy Johns, Karen Mays, Ruby Viar, and Frankie Viar of Amherst; and many nieces, nephews, and friends. Keith was a member of Hunting Creek Baptist Church. He enjoyed spending time with his family, and he loved his wife, Pat, more than life itself. The memorial service will be held on Monday, October 18, at 2pm at the Fisher Farm located at 5100 Green Level Road, Scottsburg, VA. The service is being conducted by Brooks Lyon Funeral Home with Pastor Tony Brooks officiating. In lieu of flowers, the family suggests contributions be made to the Daily Bread Ministry of Dan River Baptist Church, Sentara Halifax Hospice, or Halifax Cancer Association. Online condolences may be expressed to the family at www.brookslyon.com.

Keith Fisher of Scottsburg, Virginia, went to be with his Lord and Savior on Saturday, October 16, 2021, after winning a battle with throat cancer and finally succumbing to a very rare condition known as Progressive Supranuclear Palsy (PSP).... View Obituary & Service Information

The family of Keith Fisher created this Life Tributes page to make it easy to share your memories.

Keith Fisher of Scottsburg, Virginia, went to be with his Lord...

Send flowers to the Fisher family.