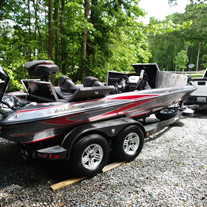 HALIFAX Mr. Joseph Lee “Joe” Taylor of Halifax passed away Tuesday, August 6, 2019 at the age of 59. Born in Richmond, VA on August 14, 1959 he was the son of Frances Anderson Taylor and the late Stephen Edward Taylor. Joe was the owner/operator of Joe Taylor Painting. He loved fishing, hunting and music. In addition to his mother, he is survived by a sister, Robin Lowery and husband, Charles of South Boston; brother, Nathan Taylor of Burlington, NC; sister in law, Bonita Taylor; nieces and nephews, Derek Taylor, Kristi Harmon, Devin Taylor, Stephen Harmon, Robby Lowery, and Kim Lowery; and numerous other family members. In addition to his father, he was preceded in death by a brother, Stephen “Gene” Taylor. Funeral Services will be held at 2:00 PM on Friday, August 9, 2019 at Brooks Lyon Betty B. Jones Chapel with Reverend Daniel Whitt officiating. Interment will follow in the Clover Cemetery. The family will receive friends one hour prior to the service, 1:00-2:00 PM at Brooks Lyon Funeral Home and at other times the home of his mother. .

The family of Joseph Lee "Joe" Taylor created this Life Tributes page to make it easy to share your memories.

Send flowers to the Taylor family.